Everybody whose vocation is related to furniture manufacturing knows what Milan Furniture salon is. Trade professionals look forward to it every year. No wonder: it’s the oldest, the best-known and the most prestigious trade event for producers of high-end furniture, along with a wide range of items related to interior design. Now it draws together thousands of exhibitors and hundreds of thousands of attendees. Known also as Salone Internazionale del Mobile, or simply iSaloni, this exhibition is held annually since 1961. The event takes place in Milan, Italy in a famous site – Milan Fairgrounds at Rho. This grand-looking place was designed by a renowned Italian architect Massimiliano Fuksas.

Thanks to iSaloni, April is a really special month for designers, manufacturers, sellers and bulk buyers of furniture. By the way, from 1961 till 1991 this very special month was September.

For already 58 years Salone Internazionale del Mobile has been serving an excellent meeting place for furniture designers and interior decorators, architects, facility managers and general contractors, dealers and buying groups, distributors, retailers, and agents, as well as many other professionals.

About half a million visitors are expected to attend the 58th edition of this event in April 2019.

From 9th to 14th of April all these people will be doing business, networking, getting inspiration for the future projects and spotting emerging trends. Young designers – fortunately, everybody who is under 35 is considered young these days – will show their projects to prospective investors or employers at SaloneSatellite, the most famous of iSaloni’s collateral events. Each edition of SaloneSatellite gives hundreds of promising young designers from different countries a chance to draw attention to their innovative ideas. And who knows – maybe, some of them will return to iSaloni in 2020s as renowned designers?

Pretty soon 230,000 square meters at Milan Fairgrounds will become the center of attention. From 9.30 am till 6.30 pm the exhibition grounds will be roaming with visitors. Thousands of accredited journalists from trade press will work hard covering the event. Since iSaloni is a so-called “trade only” exhibition, it is open only to trade professionals and news people. The only chance for general public to visit this fair is to come there at the weekend: on April 13 and 14 the exhibition opens its doors to everyone.

Setting the Stage for a Global-Scale Trade Event

Salone del Mobile, or Milan Furniture Fair – the event which later became the most influential one for furniture makers from all over the world – came into existence as a relatively small-scale promotional exhibition. On September 24, 1961 in pavilions 28 and 34 of the old La Campionaria Fair the first edition of Salone del Mobile took place.

The event was aimed at boosting exports of Italian luxury furniture.  Paradoxically, these high-end pieces made of top-quality materials according to classic designs, were in little demand then. Italian furniture trade was having a tough time. Small and middle-sized family-run businesses and craft workshops suffered losses. Many of them were on the verge of bankruptcy. Volumes of furniture imports to Italy were growing, which wasn’t the case for the exports. The situation in the industry was grave indeed.

What’s more, in 1960-s promoting Italian furniture design was a tricky task. The hottest new trend was Scandinavian design. Its functionality and simplicity made it extremely popular with customers, who eagerly voted for it with their wallets. It was clear that traditional designs of Italian pieces definitely had gone out of vogue, despite their top quality.

Italian furniture manufacturers began to realize that only turning to modern design trends and co-operating with talented architects will take the industry out of recession. The time was ripe for something that could expand the demand for products of Italian craftsmen and promote Italian modern furniture designers. They well deserved it. So, a furniture fair similar to the events held in Cologne and Paris was organized in Milan, the financial center of Italy.

The fair was a success and became an annual event.

In a few years – from 1960 to 1964 – the volume of Italian furniture exports increased more than twice.

From a single exhibition – to a bunch of closely related trade events, taking place simultaneously on the same grounds.

Collateral events of Salone del Mobile now are at least as influential as the main event. Some of them are held every year, some are biennial.

The most acknowledged annual one is definitely SaloneSatellite. Launched in 1998, it quickly became a magnet for the young, bold and talented. Virtually thousands of brilliant designers’ careers have started at SaloneSatellite since then.

Salone Internazionale del Complemento d’Arredo – International Furnishing Accessories Exhibition – is one more annual collateral event, which takes place since 1987. A great assortment of furniture accessories and decorative objects, as well as fabrics and materials for upholstery is shown here.

In 2019, two biennial collateral trade shows will take place in Milan. Workplace3.0/SaloneUfficio will showcase furniture and equipment for various workplaces, such as insurance offices, banks, post offices, etc.  The second one is International Lighting Exhibition, also known as Euroluce. This event is all about lighting systems for outdoor, indoor, and industrial lighting, as well as special-purpose systems.

There are two more biennial events – Eurocucina (Technology for the Kitchen) and Salone Internazionale del Bagno (International Bathroom Exhibition). They are held in even years, so you will have to wait for 2020 to attend them.

On the whole, Milan Furniture Fair is the place where emerging design trends hog the limelight, longstanding partnerships start and multimillion contracts are negotiated. So, very soon Milan will turn into the world’s capital of furniture design for six days. 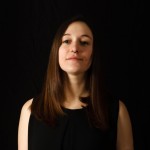 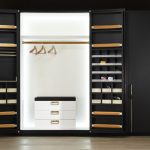 Wardrobes from Bellavista Collection for a Real Home 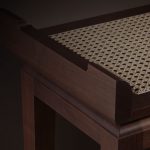